How many words is a picture worth?

I just came back from a week of mountaineering in Switzerland. The score – 4 broken nails, 3 blisters, countless cuts and bruises, 2 mountains climbed (the Allalinhorn and the Weisshorn). My original plan was to write an extensive trip report. Then I had a look at the pictures and realised words are completely unnecessary here. 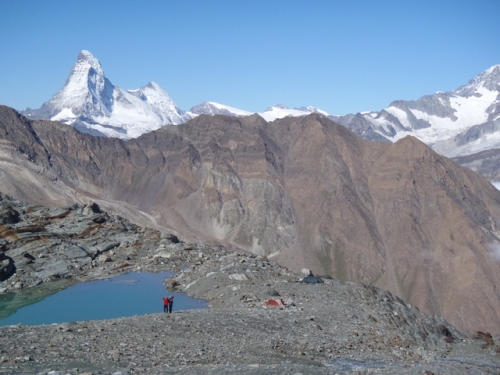 Our tent with the Matterhorn at the backdrop

The sun also rises (at the Allalinpass)

At the Allalinpass, en route to the Allalinhorn, 4027 m (the pointy one) 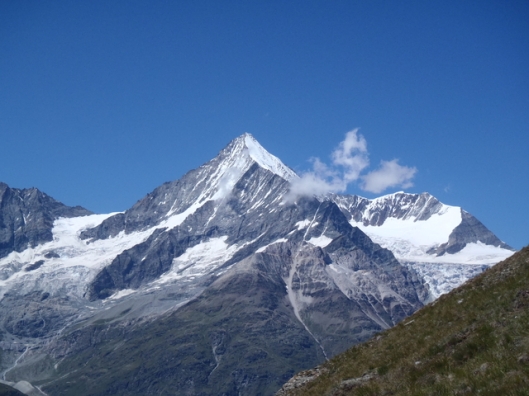 Taking a break on the way to Weisshorn high camp

Hikers under the Weisshorn hut 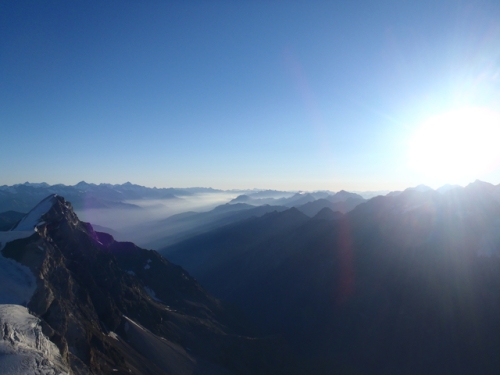 The sun also rises (on the Weisshorn East ridge)

Weisshorn – this is the normal route from the East ridge

A climber on the Weisshorn East ridge 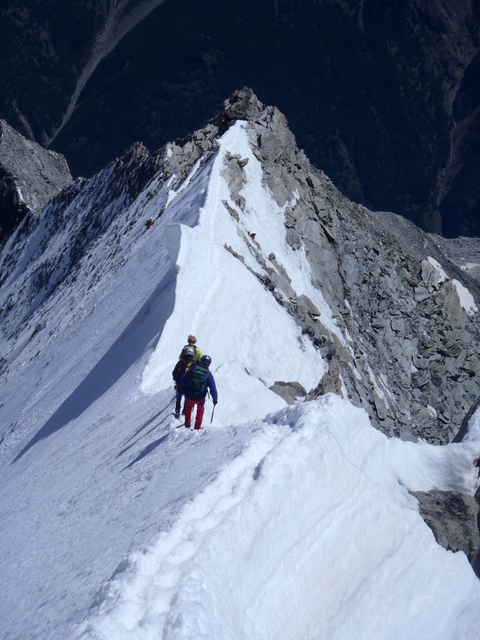 Climbers descending from the Weisshorn

Of course, Switzerland is not only mountaineering. On the last day, as I was returning the rented boots and crampons to the store in Zermatt, I got swarmed by what appeared to be a folklore festival. Unexpectedly, I got an express dose of culture into the bargain.

The crowds are gathering for the folklore festival in Zermatt 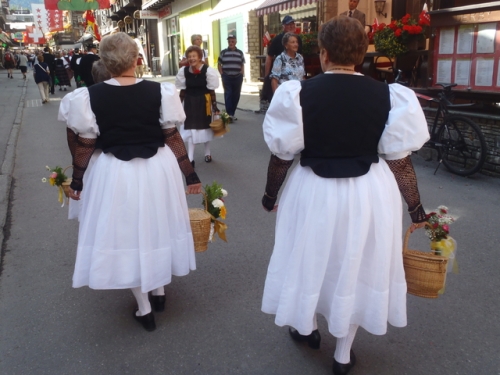 The famous Swiss Guards, I presume?

I can warmly recommend the Attermenzen camping in Randa. Hottest showers ever, and if you outwalk the landlady on the climb to the Weisshorn hut with a 20 kg backpack, you’ll earn her respect and free schnapps at the camping restaurant.

As anyone who’s seen an episode of Top Gear knows, one must exit on a bombshell. Here it comes:

The Matterhorn at sunset

All pictures taken with the Olympus Mju Tough 8010.

6 responses to “How many words is a picture worth?”