An hour on the tube. 2 hours at the airport. 3 hours flight. An hour of formalities. An hour on the bus. 3 hours waiting for the train. 14 hours on the train. 3 hours on the trolleybus. Finally, we’re in Yalta. As we disembark, we are mobbed by a dozen women. “Very cheap, very nice, come with me!” they shout. I wait until the first assault has subsided and address the calmest of them, the one standing in the back. After a brief negotiation of the terms, Lyudmila Mikhailovna (that’s her name) takes us to her place. She kindly pays the bus fare of 1 hryvna (0.10 Euro). 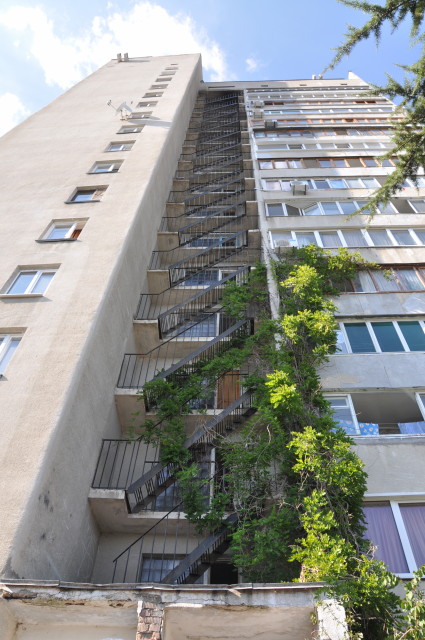 She lives on the highest spot in Yalta and the apartment is on the highest floor. We rent a room for a week. Our residence is Lyudmila Mikhailovna’s living room, where a sleeping couch is already unfolded. She shares the 3-room apartment with her daughter and grandson. In the best of Russian traditions, the husbands are nowhere to be found. Lyudmila Mikhailovna’s late husband’s picture is on the cabinet next to our sleeping couch. He used to be an officer in the Soviet Navy. Apparently he has won the ultimate prize of last stationing before retirement in Crimea, where the sea is warm, where there’s no snow and where the fruit is cheap. We never hear of the father of her grandson.

Lyudmila Mikhailovna knocks on our door. She apologises a thousand times, but she would like to have our passports. Not that she doesn’t trust us, but she’s had an unpleasant experience before. Rich guys, from Russia. Stayed for weeks. Big cars, big wallets, shameless enough to run away from an old women without paying rent. How can one be difficult about handing over a passport after a story like this, and who cares whether its true? Renting the living room must be a welcome supplement to the household income. Lyudmila Mikhailovna’s pension is probably the main cash flow, since we never see her daughter go to work. While the room is rented, Lyudmila Mikhailovna sleeps on the closed balcony, next to the stored potatoes and onions. She doesn’t seem to mind though, as the balcony is the coolest place in the warm summer nights of Yalta. 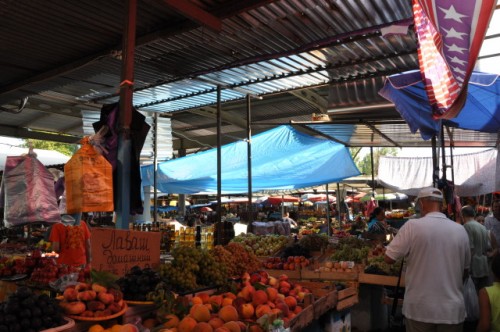 Every now and then we run into Lyudmila Mikhailovna in the city, on the way to or from the market. Yalta is a small place. Once we return to the apartment to find her worried. It is unusual – she is never worried about anything except earthquakes. Have we seen her earlier with or without a handbag? We don’t know. She refuses to go into details. Not important, she says. She’s been stupid, she says. Too embarrassing to speak of, she says. We let it be. In the evening Lyudmila Mikhailovna comes to us to confess. She went to the market with her false teeth in the handbag and forgot the handbag at one of the market stalls. “I’m such a silly old duck”, complains Lyudmila Mikhailovna. She’s still good humoured enough to see the funny side of it though. “Devil knows why I had to put those teeth in the handbag”, as she puts it so subtly.

We part as best of friends, and Lyudmila Mikhailovna makes us promise to come again. That’s one promise I will be happy to keep some day, hopefully soon enough.