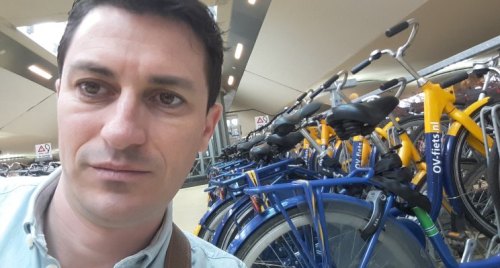 Today is the Bike to Work Day in the Netherlands. It may not come as a surprise to you that a lot of people in the Netherlands cycle to work. But have you wondered why? Pro-cycling attitude of employers is no small part of the reason for the high percentages of Dutch cycling commuters. I am fortunate enough to work for Sweco, a company that goes the extra mile in promoting cycling to work.

There are, of course, the usual things (for the Dutch, at least). Proper bicycle sheds, showers and lockers at our offices, tax-free bicycle financing scheme, access to the OV-fiets (the Dutch Railways shared bicycles) are all pretty much standard at Dutch companies. If an employee purchases a new bike, Sweco is also paying for the bicycle insurance and extra’s such as rain gear.

But here’s the extra mile – at Sweco we get paid to cycle. Yes, that’s right – I get money for cycling. The kilometers I cycle are refunded just as car kilometers are, so that even my modest commute of less than 5 km earns me almost 2 Euro each day. It won’t make me rich, but its more than enough to pay for the purchase and maintenance of my bike. Business kilometers pay even more, so that choosing for the bicycle to go to a customer actually pays.

I cycle to work because its fun. Working at Sweco, a bike-friendly company, makes it even easier to cycle to work. I hope more employers around the world will follow Sweco’s example – making the world an easier place to cycle, one bicycle ride at a time.

Boys will be boys (as far as Playmobil is concerned)

As I was clearing up the last remains of the holiday season, I came across the Playmobil brochure. In case you’re not familiar with the concept – its a bit like Lego, but for younger children. My kids (aged 2 and 4 now) love it, and we have quite a collection by now. I browsed through the brochure, and noticed something weird. It seemed as if there were no women in the Playmobil universe. Not only the figures were all male,  the children depicted playing with them were also exclusively boys. A while ago I came across a pack of dinosaurs stickers labelled “For boys aged 7 to 14″ and got pretty crossed about it. As if girls don’t like dinosaurs (my daughter loves them). So I decided to look into the Playmobil gender issue a bit closer.

I took a couple of post-its and a pen, and started checking the pages. I noted the Playmobil men doing “typical men stuff” like being a pilot and the Playmobil women (there were some after all) doing “typical women stuff” like being a stewardess, and vice-versa. After about 10 pages (the brochure has 60) I got fed up and quit counting. Counting on seemed a bit useless, as the results were rather clear.

On the face of it, it wouldn’t have been so bad. After all, the women that did get to exists in the Playmobil universe got their share of opportunities in life. Sadly, that was not exactly the case. Going through the rest of the brochure, I did find plenty of Playmobil women. The second half of the brochure was full of them. And you’ll never guess what they were doing… OK, I’m joking – you can probably  fill it in yourself. Here it comes – as far as Playmobil is concerned, women exist to be pretty and shut up (the princesses), take care of the children (the moms and care-takers) and to spend money on shopping, beauty spa’s and vacations (the rest of them). What makes it even worse is that the Playmobil guy who does not want to be the macho man is pretty screwed. I found just one guy in the whole Playmobil shopping centre  who looked pretty gay , and the only dude in the daycare centre is the math teacher – how sad is that?

I am a proud father of a girl and a boy. And I encourage them the best I can to dare and become whatever they want. My daughter now wants to be a pilot. And a doctor. And maybe a policewoman. My son is only two, but he really enjoys dancing ans singing, and if he’ll want to make a career out of it, who am I to say no? I say to both – go for it. But its really tough to encourage your children to follow their own path in life, when the advertisements, the toys companies, the movies and about every other industry imaginable are all not really cooperating on this gender equality thing.

Some things change, some things stay the same… Only constant seems to be that things never turn out what you expected them to be. Enough philosophy. Having made this blog dormant a few months ago, I now wake it up again. No promises, just rolling with it and we’ll see where this all goed to.

Its not that I haven’t been busy all this time – on the contrary, I’ve been very industrious. I have a new job and a new house, and I’ll post some details about both soon. And I’ve also been doing some writing, too (besides job application letters, that is). I’ve published quite a successful article in Vers Beton (“Fresh Concrete”), which is an online magazine “for the hard-thinking Rotterdammers”. The article, titled “Waarom de A16 Rotterdam er niet mag komen”, is in Dutch, and in it I tell why I object to the construction of a new highway in the area. For those of you who don’t read Dutch, basically, I think there’s already plenty of highways around here and precious little green open space. In my view, smashing one of the last open areas near the city for the sake of a highway that will not even solve the congestion problems is a bad, bad idea. As usual, the pictures tell a much better tale than me. 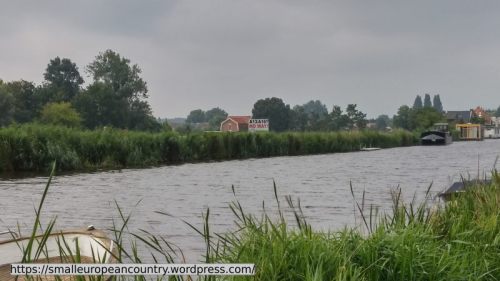 This is where the A16 highway is planned. 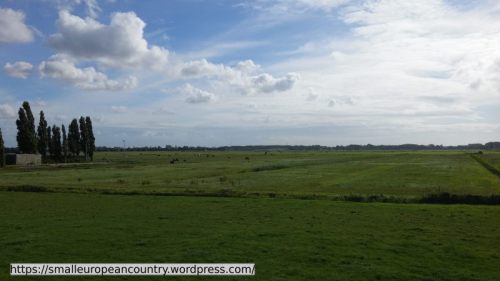 The swan song of the classic Dutch views