European destinations I have almost been to

I’ve been living in the heart of Europe for over 12 years. In this time, I have visited dozens of countries on countless trips, short and long (the European countries I’ve been to are shown in the map). But some destinations, however classic or accessible, keep eluding me. So, I haven’t been to Paris. From Rotterdam, where I live, its only 3 hours away by high-speed train, and tickets are sold as cheap as 50 Euro, but I somehow managed to miss on Paris entirely. Closest I’ve been was passing by on the Boulevard Périphérique on my way to the Mediterranean sun. Brussels, which is much closer, I haven’t visited too. I’ve been all over Belgium, have flown out of Brussels’s airports many times, but as far as the city itself is concerned, I have only got as far as the Belgian fries stand outside the Central Station. OK, it’s more than the average Contiki “traveller” gets to see, but I still don’t feel like I’ve been to Brussels.

Speaking of airports, the airports of Barcelona and Rome are the only part of these famous cities that I have seen. I honestly intended to spend a few days in Barcelona with my girlfriend (now known as wife), but delays and mechanical mishaps on the way meant we headed straight into the Pyrenees and that Barcelona is still on my wish list. In the meantime, I settle for Barcelona, the neighbourhood tapas bar. Rome I have passed a few times, flying to and from Israel to visit the family. The Italian national carrier, Alitalia, is famous for its strikes, and if I got “lucky” I could have got stuck in Rome for a day or two as a result of one of those strikes. But their numerous strikes seemed always to be unsynchronized with my travels. My luggage, on the other hand, got to spend a vacation without me on several of those occasions – Alitalia managed to lose it on 3 out of 4 flights, delivering it anywhere between 1 day and a week later.

Another European capital that is on everyone’s lips is Budapest. I have, in fact, spent about 12 hours there on another layover on my way to Israel. But I arrived at the dead of night, went straight to a friend’s apartment to sleep a few hours and went back to the airport to catch my flight, so I don’t think it counts. Warsaw, another of Eastern Europe’s gems, I could have reached by a night train from nearby Cologne. I haven’t even seen the airport of Warsaw – like that British pilot in Frankfurt, I flied over several times but never landed.

Last but not least – one of the first European cities I have almost been to was Bucharest, the capital of Romania. I was there way back in 1991, as we immigrated from the Soviet Union to Israel. Inside the Communist block, Israel had diplomatic relations only with Romania, so most Soviet Jews stopped in Romania first as they left, before going to Israel. I have spent there a full two days, lodged in former Soviet barracks, which I am sure does not qualify as “have visited Bucharest”. All in all, despite, as I said, having lived more than 12 years in the heart of Europe, in a place with probably the best connections to everywhere and extensive travels, I still have a whole lot of Europe to discover. Lucky me. 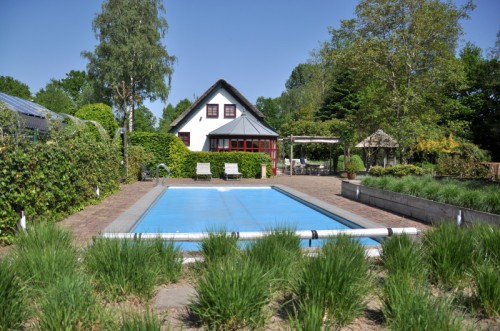 Who cares about Paris, when you can go to Sint Oedenrode? This is my stay on the latest weekend getaway – B&B ‘t Nachtegaeltje.

Summer is upon us and as always, Europe will be filled with tourists, young and old, spending their well-earned currencies around the old continent. Many of those are fresh graduates, from high school, college or graduate school, eager to make a journey of a lifetime. Sadly, quite a few visitors are bent on making their European holiday unique and memorable, missing the golden opportunity to march along the obvious tourist traps, fast-forward between the places where everyone else is going, and to do what everyone else is doing, as if their life is not subject to the tyranny of the bucket list. For those poor souls who think they can avoid making the common mistakes, I have compiled a simple and efficient instruction on how to turn your European holiday into a nightmare in just 10 simple steps.

Europe is teeming with myths and legends. Tales of kings, gnomes, elves, wolves and witches are everywhere in the castle-filled Europe. But its not only old myths – modern myths are here as well. As you can probably guess, these modern myths hold about as much truth as the old ones. Here are some of those modern myths about Europe.

These are just five of the many, many modern myths about Europe. Have you heard any myths you found out to be untrue? Or have a myth you particularly like? Do share it please!